Let’s start the season with a T20. Shall we!

Only two matches took place on the first day of the season. AQCC vs Tiger at Sano 4 and Tokyo Falcons vs Tsukuba XI at Sano 1. Falcons, who missed cricket badly were hoping that rain will go away, and they could have a game. As they arrived at the ground couple of hours earlier than the scheduled time, a lot of time was spent in cleaning and later on warm-up and practice. Tsukuba, the T20 finalist of 2019 season, arrived at the venue with known faces in their bowling attack. Tsukuba Captain Sanjaya Yapabandara won the toss and elected to bat first.  Umpires of the day were Kazi Murad, and Abu Hasnat from Rising stars are two joyful people. These two can mute your appeal with a cheeky smile.

Falcons new find, Naveen Negi, tall pace bowler, opened the bowling and his very first ball with pace carry created excitement in the slip cordon guarded by Sameep and Captain Kuldeep. They could feel that his pace could give them quick breakthroughs. Nobody expected how 2nd ball would turn out to be. A fast swinging yorker crashed on the stumps. A golden duck to Damitha. That is painful. At 3, Nalin joined in the middle to face pumped up Navin. His pace notched up with each delivery and keeper taking a few steps back to adjust to the pace. When Navin in his 2nd over caught Prathapa of his own bowling, the scorecard read 4/2 in 3rd over. At the other end, Deepak Kumar Singh was economical with 5 runs an over.

At no 4, Kavidu Gayashan ex Paddys, a stylish left-hander walks in. As batsman started to look comfortable, Falcons captain Kuldeep decided to change the bowlers to bring DM Mishra and Jagdish Rana in. Jagdish in his first over had Nalin caught by Deepak to make it 25/3 in 6th over. Dehan joined Kavindu and both with sensible batting had 25 run partnership.

Against the run of play, Dehan handled the ball, Tsukuba looked deep in trouble at 52/4 in 11th overs. However, Diyanath presence at the crease changed the momentum in the game. In last five overs, Tsukuba batsmen scored 53 runs. Middle and lower-order batsmen Kavindu(25), Diyanant(41), Malith (12) contributed to post a total Tsukuba bowler can defend. Falcons felt they had given 30+ runs more than expected.

Considering the bowling strength of Tsukuba, providing initial momentum was crucial. The Opening pair of MK Kapil and Deepak Kumar Singh negotiated the first over but in 2nd over, Malith, as described by Falcons team as magical 4stride in swinging pace bowler provided a breakthrough. At No 3, Karthik Naig joined to steady the Falcons chase. Karthik’s run a ball 25(1×4,2×6) 2 big sixes along with Sameep 12(27) kept Falcon in the hunt but could not pace the innings to the required run rate.

Tsukuba bowlers kept hard-hitting batsman Kuldeep quiet with fuller and yorker-length deliveries and finally 1 yorker from Malith sneaked in to end his inning for only 1 run. Till 15th over, both teams had very identical scores. When needed Tsukuba paced up and exactly here Falcons faltered. Last 5 over needed 49 runs to win. Tsukuba tightened bowling further and did not let Falcons score freely. Naveen Negi, Kumar, Dilip, Jagdish tried their best but bowling was too good to score off. At the end, Falcons could score 103 and fell short of 25 runs.

Both teams had an excellent day on the field. Falcons had many new faces playing cricket in Japan for the first time. From Tsukuba, Malith had a superb spell of 16/4 in 4 overs while the other bowlers supported him well to keep run rate less than 4.

Both teams had a good day of cricket filled with a lot of good performance and memorable debuts. Finally, the wait is over. 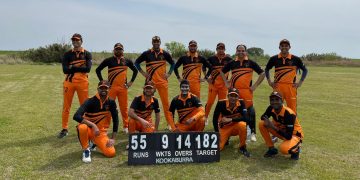 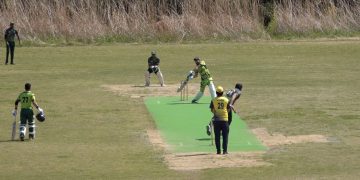 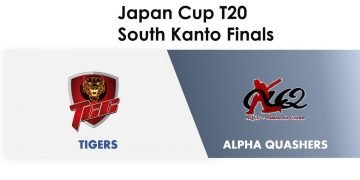 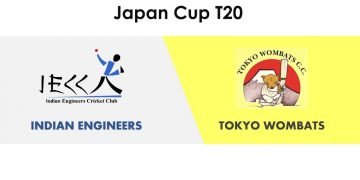 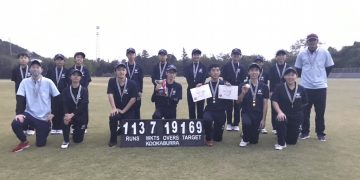 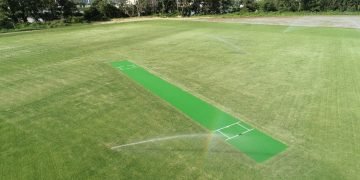