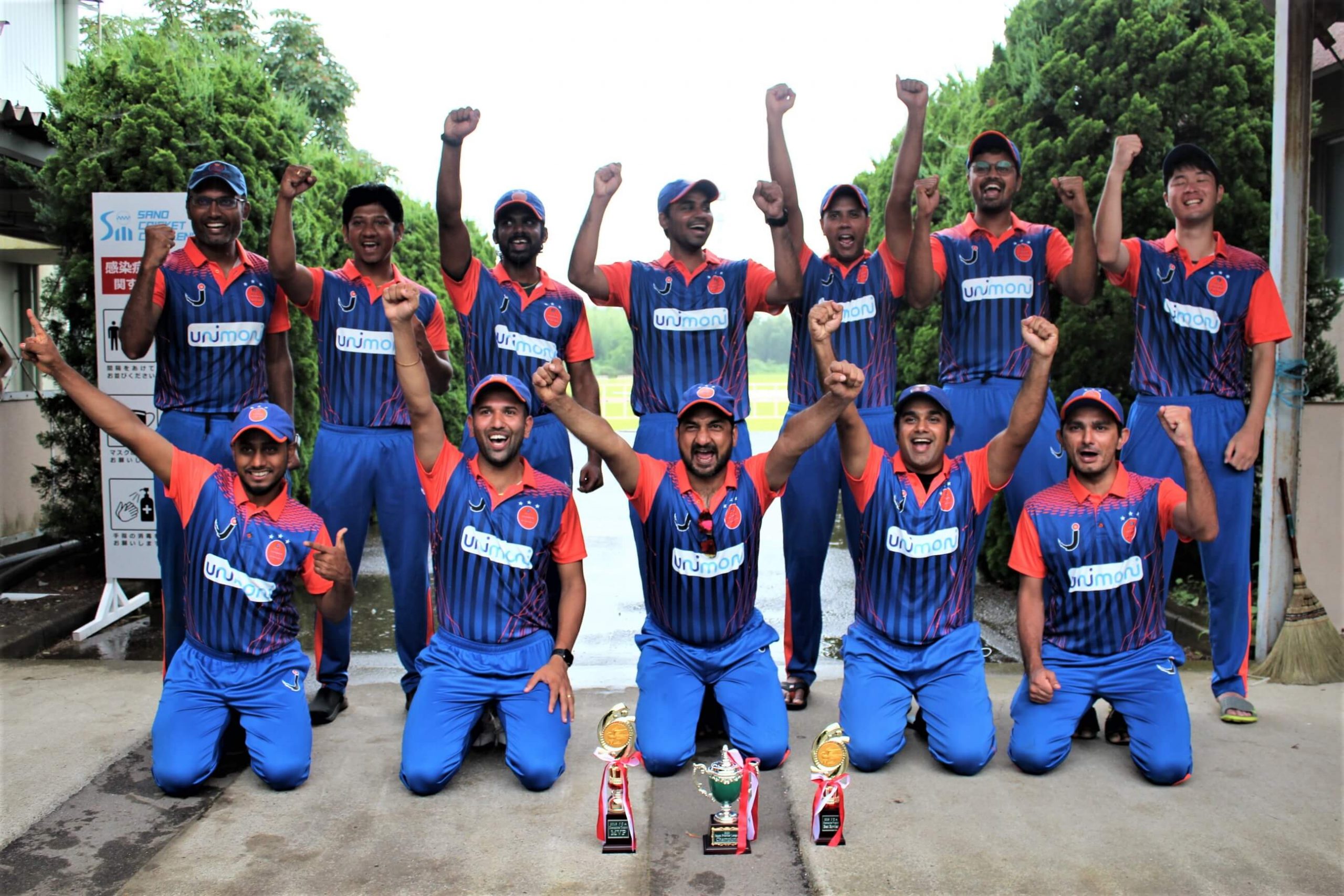 Challenging weather condition did not hold Super Kings to bounce back in the 7th edition of JPL to win their 4th Japan Premier League title. Compared to the previous season, it is the first time to have all JPL games played over the long weekend of 23~27 July. Despite the best efforts, only six league games were possible, and four league games and final got abandoned due to persistent rain and ground conditions. South Kanto by winning all 3 league games was declared winners 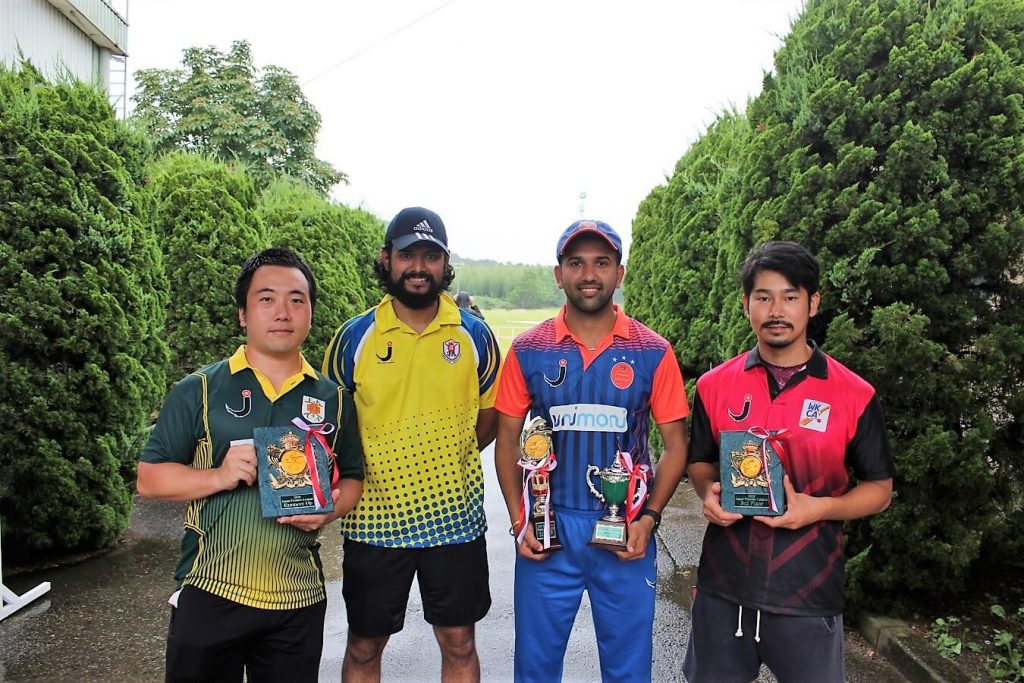 The Umpires and JCA groundsmen did work hard to provide the best playing condition. More than 60 players helped groundsmen every day to clear the waterlogged areas and prepare both grounds for a possibility of the game. The tournament was entirely possible due to players excitement and commitment to play. Due to COVID-19 protocol, as the spectator’s response was limited, people could enjoy the live stream on YouTube.

North Kanto Lions and Kansai chargers could play only two games and players did not get enough opportunity but that did not dampen their spirit. However, the players from South Kanto and East Kanto made full use of the opportunity. So based on the completed games, awards were given to the players who excelled in batting and bowling. 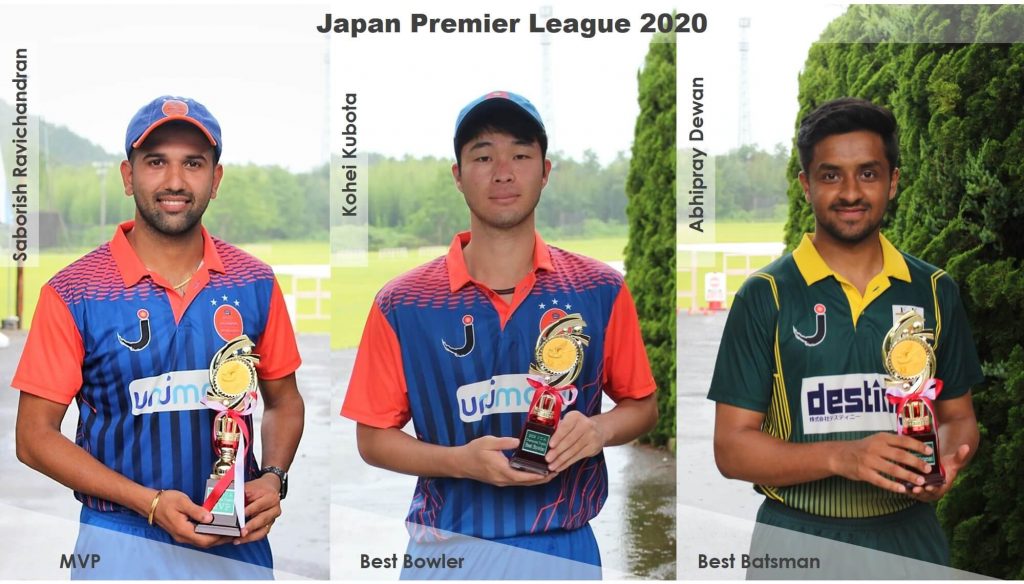 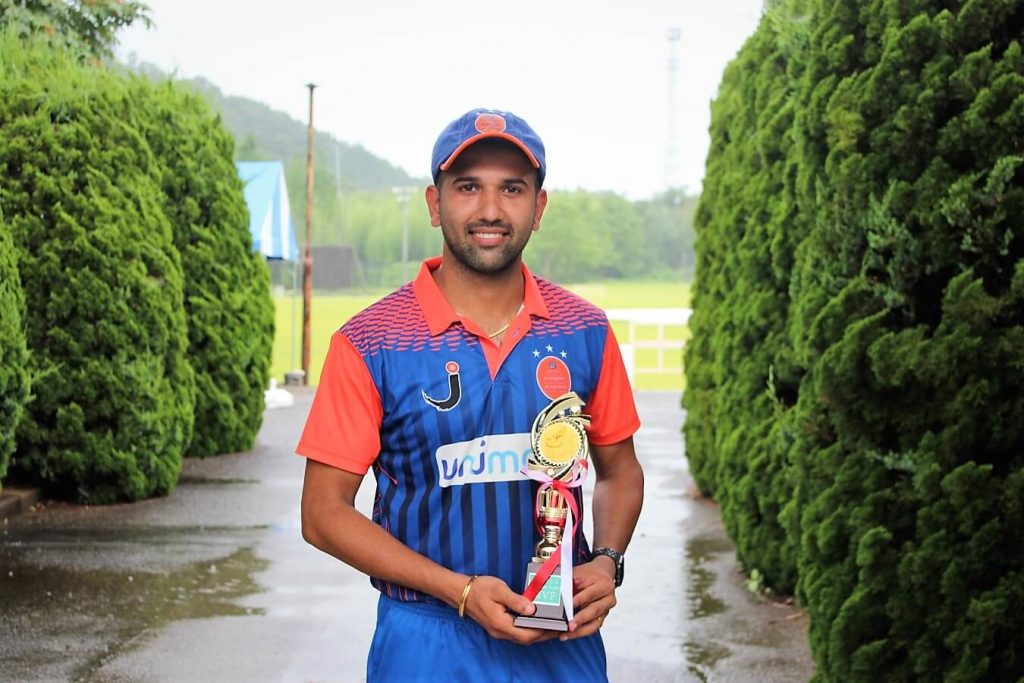 In the first game, his outstanding spell of 2 overs -5 runs-3 wickets made a difference to kickstart their campaign. Crafty allrounder and South Kanto Captain shined by scoring 100 runs and taking 3 wickets in 3 matches to lead South Kanto Super kings to the title win.

Abhipray did not get the opportunity to bat in the first game, however, his batting in 2nd match caught the attention which helped him to bat up the order. Overall, he scored 79 runs with a strike rate of 151.92, which helped EAST Kanto win crucial 2 games and secure Runner up position in the competition. 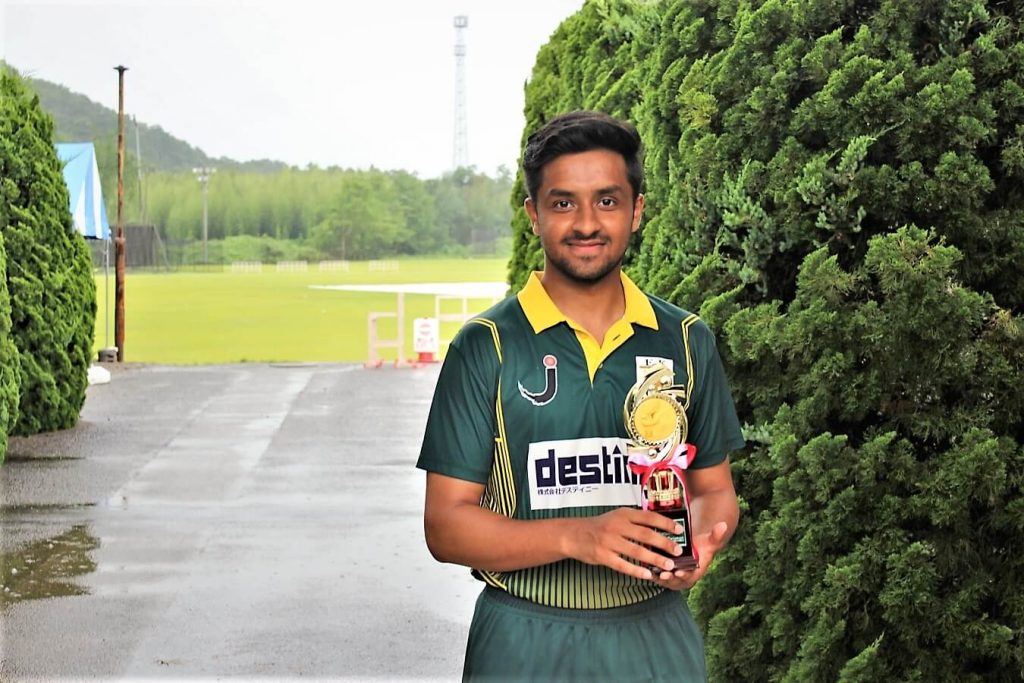 This year in the bowling, young members took the top 2 positions. 27-year-old Naveen Negi and  22-year-old Kohei Kubota both had 6 wickets in the tournament. In the end, Kubota’s outstanding economy rate of 3.5 runs/ over and 4.67 runs/wicket helped South Kanto win crucial games on the 2nd day. 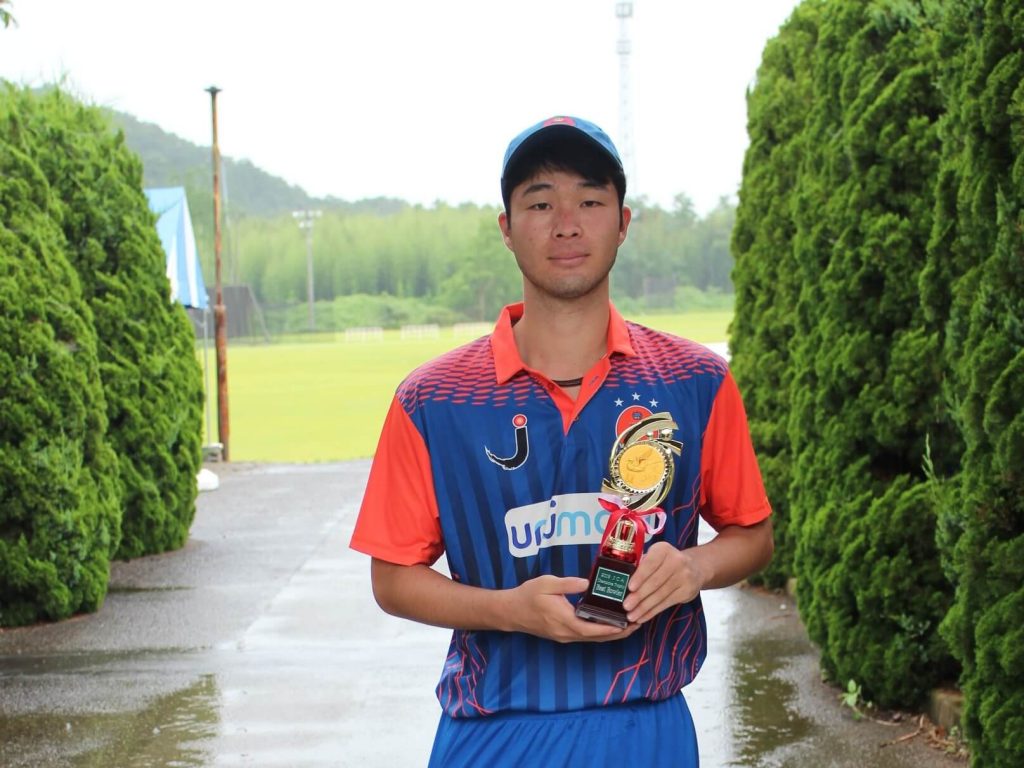 Early in the morning, players started to arrive at Sano International Cricket Ground and especially the Kansai Chargers who drove for 6~8 hours straight to the ground. After the temperature check of each visitor and players at the reception, players moved to the ground only to see pitch and outfield under the cover. It did not look like the game would start on time.

Players had to put in 4 hours of effort to prepare both grounds for a maximum of 6 overs game.  To clearly understand the rain condition, watch the video of the match between North Kanto and West Kanto.

Despite the best efforts, continuous rain made the game impossible. So the games were postponed to reserver day of Sunday morning. 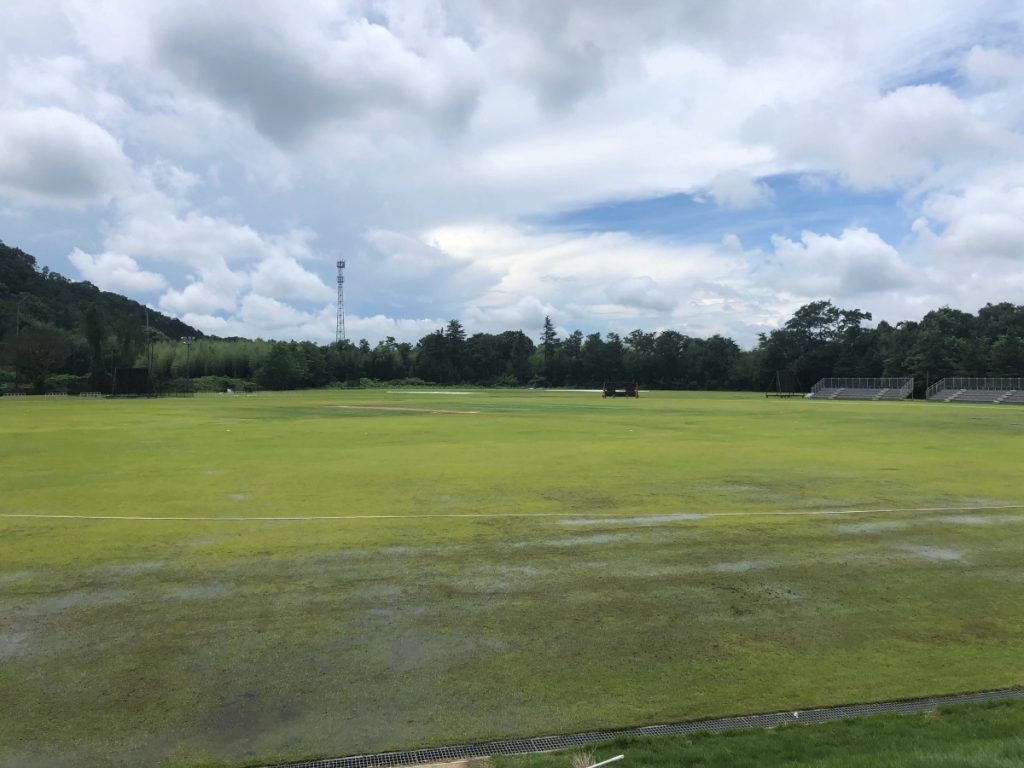 There was less possibility of the game, but thanks to JCA, all team had the opportunity to practice in indoor nets, and indeed, all players enjoyed the session. Finally, at 2 pm games were called off and the award ceremony began in front of the gymnasium.

Last year, South Kanto could not make it into final and were caught napping. Few players from last season were missing in their lineup, but every new player grabbed their opportunities, gave 100% on the field and contributed to the team success.  It could not be more evident from the fact that one of the recruits grabbed the best bowler award.

In the end, this victory would be more special for the Super Kings and for the Captain who led from the front in though conditions and well supported by his teammates.