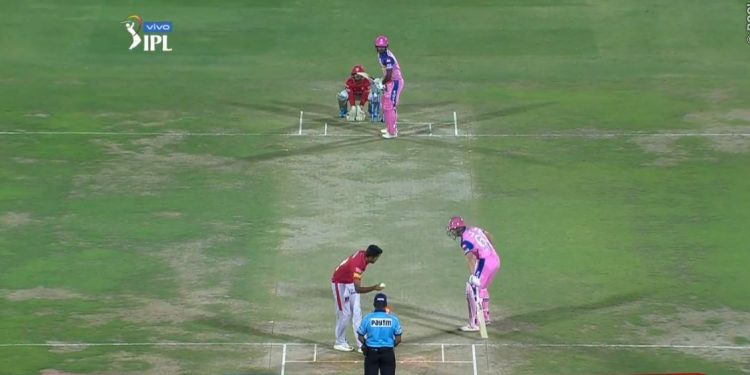 In the recent announcement of the revision of laws, Mankading runout is moved from Unfair play to Runout. This hopefully ends the discussion of the spirit of Cricket. Recently Indian Spinner R. Ashwin has been at the forefront of the debate.

The Latest announcement by MCC states that dismissal mode by running out the non-striker – has been moved from Law 41 (Unfair Play) to Law 38 (Runout). The wording of the Law remains the same.

Mankading runout is covered under the MCC Law 41.16 Non-striker leaving his/her ground early. Briefly, it states that if bowler appeals and Umpire judges that batter is out of non-striker crease, Umpire shall judge non-striker batter Runout then shall signal dead ball. The ball shall not count as one in the over. However, if the appeal is unsuccessful, the Law 21.6 bowlers breaking wicket in delivering ball shall be applied, and Umpire shall call and signal No ball.

Read also : 12 ways to get out in Cricket

In first-class cricket, the first instance of running out at the non-striker end “before the release of the ball” happened in 1835 when Thomas Barker Ran out George Baigent of Sussex on The Forest Ground Nottingham. In 1947-48, India tour of Australia, when Mr Vinno Mankad ran out Bill Brown in Australian XI v Indians, Sydney, and again to the same player in 2nd Test. Australian media was infuriated by this incident and referred to the dismissal as mankading Runout.

So Almost after 75years the debate has come to rest. Mr Vinoo Mankad (1917-1978) is an inductee of ICC hall of Fame. He was best known for his world record setting opening partnership of 413 runs with Pankaj Roy in 1956, a record that stood for 52 years.

If the ball is delivered and if the non-striker is not dismissed under Law 41.16 (Non-striker leaving his/her ground early), either umpire shall call and signal No ball if the bowler breaks the wicket at any time after the ball comes into play and before completion of the stride after the delivery stride. This shall include any clothing or object that falls from his/her person and breaks the wicket. See Appendix A.12. Laws 20.4.2.8, 20.4.2.9 (Umpire calling and signaling Dead ball) and 21.12 will apply.