Turf is unknown territory for these teams and batting will be tested. 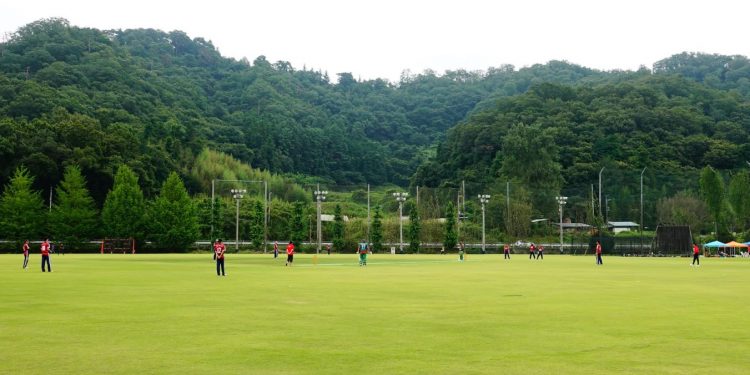 With good performances in league stages and dominating win in semifinals, Falcons and Tigers will compete to lift that division 2 Trophy. So far, both teams had a rollercoaster ride in the league games except one-sided win against Sharks 2nd XI.

Division 2 league and semifinals were played on the synthetic wicket. So, it will be the first time for these teams on a Turf wicket. On Saturday, Division 1 final game wicket will reveal nature and behaviour.  Given that in the league phase, Tigers loved to bat first and restrict the opponent’s team. The only team that they could not beat was the Rangers. On the contrary, Falcons have set and chased down totals three times each. Due to this, the batting and bowling unit has experienced tense moments more often and came out victorious.

When its battle of the nerves, Falcons may be the most relaxed team of two.

Opening the batting, Falcons have persisted with Sagar Kamble (161 runs, avg 26) and Anil Chatan (211 runs, avg 30) though-out the season and are among the best opening pair in Division 2.  Anil is also the leading run-scorer in Division 2. Whereas, Tigers have experimented a lot in the league season, but the combination of Pranjal Thapiyal(161 runs, avg 36) and Anuraj Singh looks promising pair. With this in mind, if Rajhans Shere is not playing Division 1 final, he could open, and Anuraj could play the anchor role at 3 or 4.

In the league games, Tigers have rotated many players and, due to this, lacks consistency. For this reason, Tigers will heavily rely on Vijayakumar, Ankit Thakur(145 runs, avg 36) for the anchor roles in the middle overs. Sachin Thakur, Bharat Chugh, will bolster the line up further. On the contrary, Falcon’s middle order is anchored around Shailaj Lal, undeterred by opposition chats, pressure, and likes to play as much as balls as possible and take inning to the last over.  Especially, Sheesh ram, Susheel Chanakya, Dilip Singh Negi all have consistently performed well with useful contributions from Prem Keswani. Gives the situation of chasing or setting a target; Falcons should be more comfortable amongst the two.

Both teams have a bowling unit that is expected to liven up finals on the turf. The biggest test for Falcons was against the Rangers in the semifinals. Against the big hitters, opening spell by Jagadish Rana, Dev Mishra, Shubham Mitthankhediwale set the ton of the team without giving any opportunity to the batsman.  Likewise, the Tigers contained Paddy Foleys to win a game from nowhere.

Tigers best bowling combinations in the form of Vikaskumar Jha, Ankit Thakur, Saneesh Kumar, and Pranjal Thapiya. Vikas is one of the best bowlers in the competition who uses his height and pace to advantage. To match that, Falcons have pace and accuracy of Dilip Singh Negi.

All things considered, both teams are a bit careless about the extras Nearly 25-40 extras per game were offered to the opposition. This is FINAL, and both teams will be hoping to SAVE every single run.

Dev Mishra and Anuraj both have marshalled troops well. Falcons team looks like a team that has jelled well which has allowed Dev to think more about the game and strategy. However, for Anuraj, it’s more about managing the chaos on the field. So far he has done exceedingly well to take the team to the finals. Verbal battles are expected to arise, and both of them would have extra pressure to manage it on the field.

Overall, both teams must be happy to play the Finals on Turf and end the season on a winning note. If this match is going to be played on a synthetic wicket, the favourite could be hinted but remember it’s a Turf wicket! Both teams have a lethal bowling attack. Any help from the wicket will be exploited to their advantage.

Watch their road to finals ..