Both teams strong bowling line up will take advantage of turf wicket.

by Editor
in Special
0 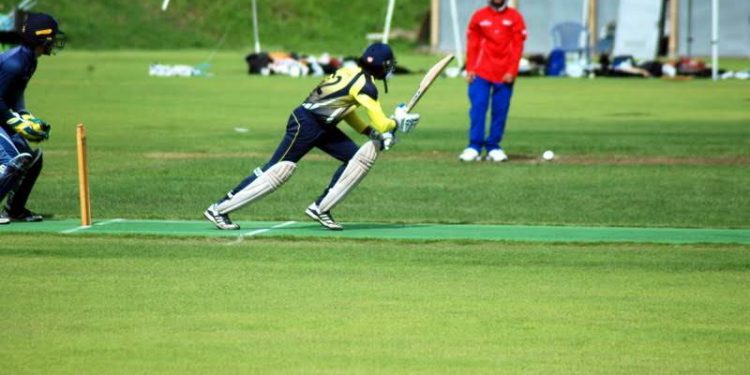 Along with the quality of cricket, the rivalry between Tigers and AQCC is growing every season. Thanks to the long-serving team members, both teams are much stable than any other team in the competition. Club leadership is commendable and they should thank players for raising the standard of the game every season.

As COVID is threating every walk of life but its the shear passion and discipline of players, that has made the season possible. Cricket fraternity should be thankful to themselves & association for following the COVID guidelines that resulted so far with no case of COVID reported to players or families.

After 54 lively fought league games (14 washouts) and 2 semis, we have a deserving well-rounded team that have met often in season finale. In the first semifinal on SICG1, AQCC demonstrated their bowling & batting skills on Turf against Max, and on the same day at SICG2, Tigers batted for 37 overs and then bowled out Falcons to reach finals. Leading to the finals, lets see which team holds the edge in every aspect of the game.

In the league phase, the Tigers have won all the games. In T20, TIGERS defeated AQCC twice at YCAC. T20 results and especially those games at YCAC cannot be used for comparison. If we analyze 40 over game closely then in terms of skills and performance both teams have demonstrated commendable performance throughout the season in every aspect of the game.

The brand of cricket these two teams play is in complete contrast. It feels like the battle between the men of Ken Williamson vs Virat Kohli or Dravid vs Warner.

It can be said, both these teams possess equal quality and variety in the bowling attack in Japan Cricket. Besides the fact of their wicket-taking capability, they can equally control the rhythm of the game by bowling economy spells as the captain demands. Few of them have taken 5 wickets haul and 3 wickets regularly throughout the season.

With the some of best bowlers of swing & spin playing the finals, opening spells would be very crucial for both teams. In the early morning of winter, ball movement may last for a couple of hours or more so early breakthrough might dictate the course of the game. So, wicket to wicket bowling with some assistance of turf will make opening batting a challenge. While In the middle overs, spinners will come at the forefront. But with decent bowling experience in the semifinals, all bowlers are aware of line and length to be executed. So, it’s most likely that we shall see 16 or more overs of spin and 24 overs of medium pace bowling.

The most impressive bowlers so far on Turf has been Yash Wagh. He was able to get turn and bounce of the wicket. AQCC may have slightly more bowling depth but Tigers match it with intensity & animated body language that puts slightly more pressure on batting. So, if AQCC comes up with their A-game and displays more intensity in body language, it could make an exciting viewing for 40 overs. Again, both play a different brand of cricket and it’s compelling to watch both in action.

Both teams do have reliable fielders for close in, inside 30 yards as well as boundary riders. With the settled unit, the advantage is that they do not mess much with positions every now and then. Honors are even in fielding however in wicketkeeping the Rahul Koul so far has done a tremendous job. His animated and constant chirp may not be to everyone’s liking but it works for the team. Similarly, AQCC Elankumar Rajendran so far has done a decent job behind the wickets in the competition. He is quiet and focused on the job rather than engaging in sledging or explaining his bowler about batsman’s faults. Amongst all fielding aspects and placements, The aggressive captaincy of Saborish does stand out who hates to give an inch to oppositions.

If we start from the opening pair combination who lay the foundation, AQCC should feel proud as they have the most stable & productive opening pairs throughout the competition.

Vinay and Karthik both have started to build a stellar record as opening pair with consistent 50 and 100 run partnership. In the process, they scored 3 individual 50s in league games. A noteworthy performance was against MAX where they remain unbeaten to chase down 80 runs on turf.

Tigers have tried many combinations to support Ranjit but in vain. This season, they have often found themselves losing 2 wickets in the first 6-7 overs of the game. However, Ranjit as an opener has been in tremendous form this season. But his unavailability for this game means Anil, Nagarajan needs bat sensibly and give the team a good start.

In the middle order, Sabaorish for Tigers has been a mainstay. His hunger for runs and willingness to dominate the bowling attack is unmatchable. So far, he has scored 2 hundred and smashed medium pace bowling attacks. The only time he looked vulnerable is against the leg-spin. So spin may be the key and on the turf, he is yet to score a big one. And for AQCC Rohit has scored consistently whenever batted at no 3. But for both teams, the weak point would be the middle order who has received the very little opportunity. The First 4 batsmen have often chased down the targets. So anchors in the middle order will play a crucial role to bat till 32-34 overs to allow hitters a chance to post a competitive total. Usually, the team batting line up is often based on a combination of Anchor and hitter.

For both teams, it will be responsibility of batsman to respect the wicket and bat patiently for 40 overs.

To sum up, both teams are equally fit in bowling departments. AQCC might feel an edge based on the fact that 3 top order batsman are in form. Sabaorish batting form and leadership skills will be key to Tiger’s success. For a long time, this is one of the match that has all ingredient to become a steller match provided no1 groundsman in Japan prepares a excellent pitch worthy of FINAL.

JCA plans to live stream this event. Link can be found here.