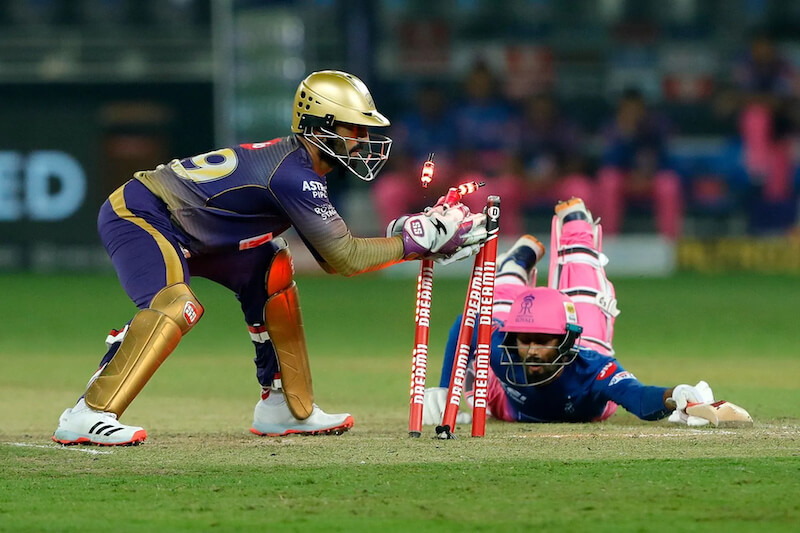 Let’s admit it; every batter does not like to get out in cricket, especially at the start of an inning. And every fielding team would love to take wickets in every form they come. Approximately 99% of dismissals are through the common-mode such as Catch, Leg Before Wicket, Bowled, Run-out and Stumping combined.

In the age of innovation and technology, on-field Umpires are assisted for confirming no-ball, run out, LBW, fair catch, stumping. The difference in one frame can decide the fate of the game. However, at the club level, Umpires must know laws well for smooth conduct.

Various ways to get out in Cricket are clearly stated with examples in the MCC Law of Cricket. So let’s look at them with some interesting facts and videos.

The striker is out Bowled if his/her wicket is put down by a ball delivered by the bowler, even if it first touches the striker’s bat or any body part. If Umpire has declared delivery to be no ball, the batter shall remain not out.

When the ball delivered by the bowler hits the wicket and bails or the wicket falls off, the striker shall be declared out.

The striker cannot be declared out if the ball hits the wickets, and bails do not come off.

The striker will be called out in Cricket if a fielder directly catches the ball hit by the striker. The ball before being caught by the fielder should not come in contact with the ground, and the fielder must be inside the boundary line and be in control when completing the catch.

Any runs taken before completion of the catch is not awarded to the batter.

If the fielder takes the catch and, due to body momentum, he/she throws back the ball in the field of play, the Striker shall not be judged Out.  Check out the following videos to understand the “Fair Catch” case.

One of the most interesting ways to get out in cricket is solely dependent on the decision of the On-field Umpire in the absence of the Third umpire and DRS. The Striker is out LBW if the ball hits any part of the person (not necessarily legs) and if Umpire considers that without interception it would have hit the wickets.

Batters are never happy about it and most of them think they are outside of the line or the ball hit too high or there was an inside edge off the bat.

If the ball makes contact with the striker’s body and bat simultaneously, this shall be considered as the ball having first touched the bat.

MCC Law 39:   The striker is out stumped when a Batter fails to enter the crease before the wicket-keeper, after collecting the ball behind the wicket, knocks the bails or wickets off.

This is one of the most interesting sights to see a batter get out in Cricket. The skills and strategy of Bowler and Wicketkeeper are on display here.

1. The wicket-keeper must allow the ball to pass the stumps before collecting it and whipping the bails off unless it has touched either the batsman or his bat first.

2. If the wicket-keeper collects the ball in front of the wicket that did not come in contact with the batter or the bat first, it shall be called no-ball by the Leg Umpire, and the batter shall be judged not out.

3. Batter can be stumped off wide delivery if the wicket-keeper collects the ball behind the wicket.

MCC Law 38 states that a batter shall be judged run out when he/she fails to enter the crease before the ball hits the stumps or bails.

Bails must be dislodged from the wicket before the batter enters the crease .Another form of run-out type that got more prominence in recent years is the MANAKDING. As batters try to get an unfair advance by leaving the crease by a few steps to take singles or convert  1 in 2  runs, bowlers are not lenient to non-strikers.

The run-in progress shall not be scored when the wicket is put down, but any runs completed by the batters shall stand.

The other form of run-out type that got more prominence in recent years is the MANAKDING. As batters try to get an unfair advance by leaving the crease by a few steps to take singles or convert  1 in 2  runs, bowlers are not lenient to non-strikers.

In March 2022, MCC laws of cricket made significant changes and moved the mankading from unfair to play (law 41) to Law 38 of Runout. Now batters can be judged out if they fail to return back to crease when a bowler during the delivery stride takes the bails off.

The run-in progress shall not be scored when the wicket is put down, but any runs completed by the batters shall stand.

MCC Law 35: The striker is out HIT WICKET if after the bowler has entered the delivery stride and while the ball is in play, his/her wicket is put down by either striker’s bat during by action taken by batter in following circumstances:

— in the course of any action taken by batter in preparing to receive a delivery,

–in setting off for the first run immediately after playing at a ball,

— if no attempt is made to play the ball, in setting off for the first run.

-Batter is trying to use the crease to play spinner and accidentally hitting the bat to the stumps.

-Batter is standing deep in the crease, and while playing a ball, accidentally his feet touch the stumps and bails fall off.

– Striker’s helmet falls off on to the stump while playing the delivery.

Stopping the ball with a hand

A batter shall be out obstructing the field if, while the ball is in play and Striker, after hitting the ball, tries to defend the wicket by pushing the ball by hand.

Returning the ball to a fielder.

Either batter is out Obstructing the field if, at any time while the ball is in play and, without the consent of a fielder, batter uses the bat or any part of his/her body to return the ball to any fielder.

Any runs completed by the batters before the offence, unless the obstruction prevents a catch from being made, shall be scored, together with any runs awarded for penalties to either side.

Batter will be out if, while the ball is in play, wilfully attempts to obstruct or distract the fielding side by word or action.

The striker is out obstructing the field if he/she wilfully strikes the ball with the hand not holding the bat.

Obstructing a ball from being caught

If the delivery is not a No ball, the striker is out Obstructing the field if wilful obstruction or distraction by either batter prevents the striker from being out Caught by a fielder.

Not out obstructing the field

A batter shall not be out obstructing the field if obstruction or distraction is accidental or obstruction is in order to avoid the injury.

Added in 1980, MCC Law 40 states that incoming batter should take guard or for the other batter to receive next ball within 3 minutes after fall of wicket or retirement. If the batter fails to do so, the incoming batter will be out. Timed out

If no batter comes to the wicket, Umpire shall adopt the procedure of Law 16.3 (Umpires awarding the match)

Bowler does not get credit for the wicket.

If players refuse to take the field, then Law 16.3 (result) applies, and the Umpire shall award Match to the other team.

The rare form of OUT in Cricket

A batter can be retired out if he/she chooses to stop batting. The batter will not be able to bat again in the same inning. This is not exactly covered in law. This is a different case to retire hurt.  If a batter gets hurt and decides to leave the field for treatment or recovery, the batter will be judged retired hurt and may return to bat later on.

Only 2 instances in Test cricket

Retired Out has happened only twice in international cricket and coincidently in the same inning of the test match.

In the Test match played between SriLanka vs Bangladesh at Colombo in 2001, Sri Lanka’s Marvan Atapattu on 201 and Mahela Jayawardene on 150 retired out from their innings to give other players a chance to bat.

In 20 Cricket, teams are seriously thinking of it as a strategy for the out of form batsman who is unable to score quickly in the middle.

So, we hope players and Umpires will get a fair understanding of the law about various ways batter can be out in cricket. If you are looking to go in-depth and know a scenario that is a grey zone in Law, please mention them in the comment to share with our readers.